By Steven A Rudd DC, Cranial Fellow of the  Royal College of Chiropractors Introduction

‘I can hear!’ Mrs Smith called me the evening of her first appointment, I was confused because I thought she could hear perfectly well, which I relayed to her – ‘yes but not in both ears’ she said. After a single simple treatment her left ear, which had been deaf for decades was working normally. This lovely outcome is one reason I have for 30 years studied post graduate cranial chiropractic and osteopathy to supplement the regular chiropractic treatment I offer. So what is the cranial system? The cranial system includes the bones of the head or skull comprising 27 bones in the adult, the jaw, the spinal cord and pelvis. The bones which make up the skull have joints which do not fuse but retain a definite, though small amount, of movement throughout life. This movement has been recorded by chiropractors, osteopaths, and medical doctors for over 70 years. 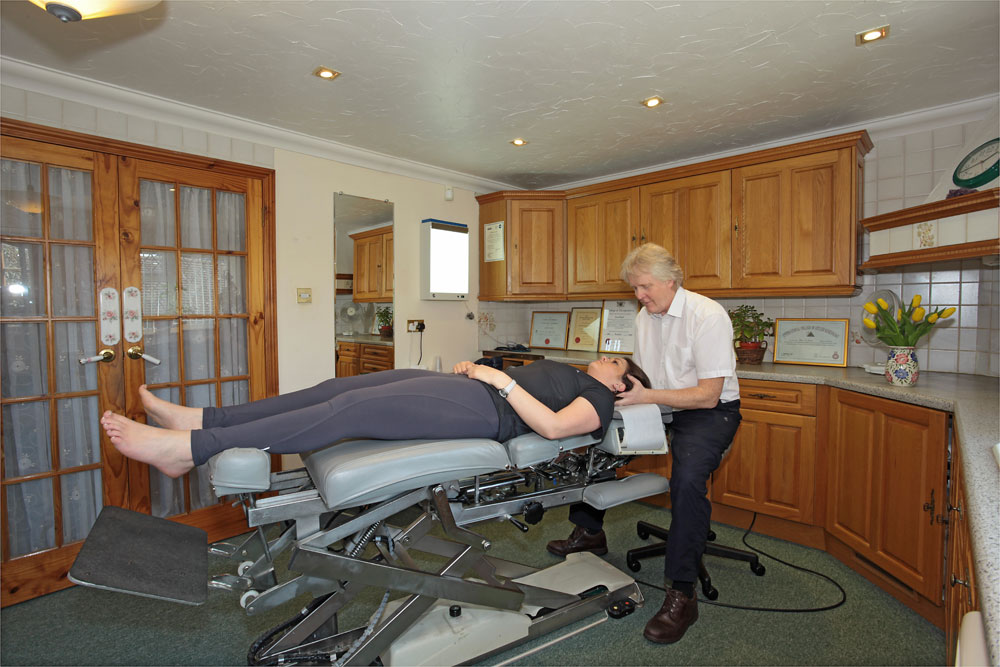 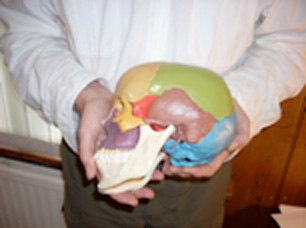 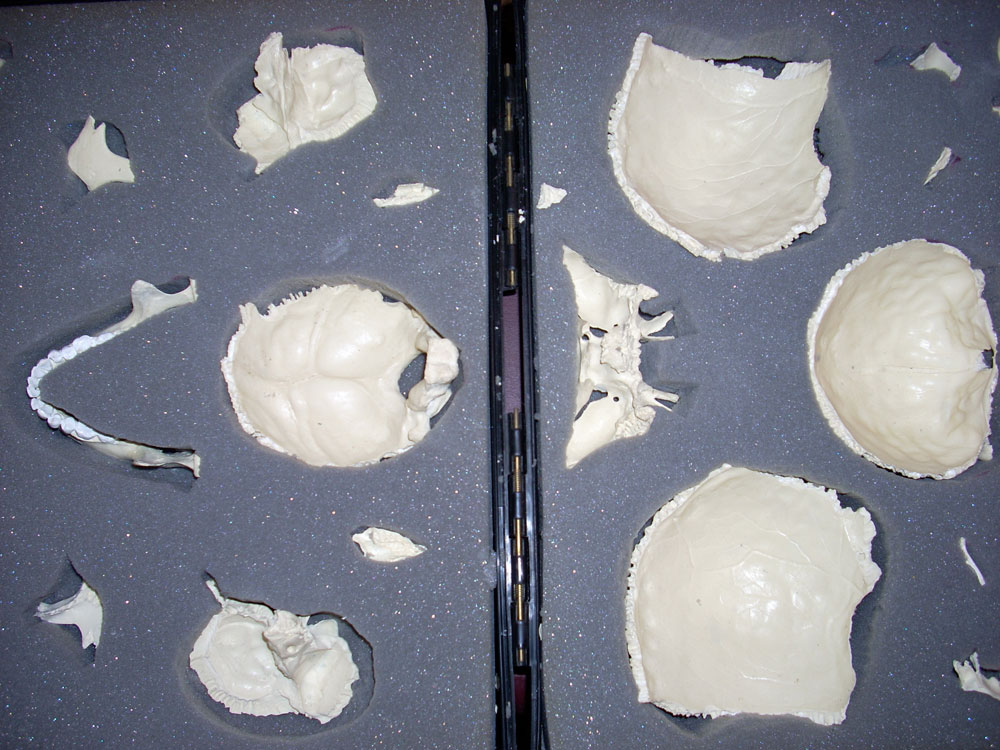 Who treats the cranium? Cranial osteopaths, cranial chiropractors and cranio-sacral therapists are all trained in cranial work. The accent of treatment is slightly different in each. Upledger, an osteopath  founded cranio-sacral therapy when  he found he could train parents to do home treatments on their own children with good effect, what seemed critical was their healing intention. Anyone can train as a cranio-sacral therapist. Training in cranial osteopathy and cranial chiropractic are only open to chiropractors and osteopaths and involve learning the intricate anatomy of the skull and its articulations and effects on the whole body. This is typically over 3 to 4 years of part time study as in the Sacro-Occipital Technique or as a module of the College of Osteopaths in London. What is treatment like? Very gentle and relaxing usually, a treatment takes 20 to 50 minutes depending on technique. No more pressure is used than can be applied to the eyeball!  Usually the patient’s own bodyweight is used to facilitate gentle manipulation as needed. Treatment can be offered on its own, but it works best combined with regular chiropractic treatment. Background Principles Chiropractic and osteopathy are founded on the principle that slight skeletal misalignments can give rise to decreased nervous system integrity and thus decreased health, or pain, elsewhere in the body. This definition is usually only applied to the spine but applies throughout the body including the cranium. The nervous system is the mechanism that allows all forms of animal life to react to the environment and which controls and regulates the functions of all other bodily systems, enabling them to co-ordinate for the good of the whole organism (ref: Gray’s Anatomy). There are functionally three nervous systems:

So by adding cranial chiropractic treatment i.e. treatment to the head, which contains over half of the total nervous system, more of the nervous system can be accessed and different  problems can be addressed. Cranial treatment opens up treatment areas which affect the quality of our lives:

Birth Trauma and society It is estimated that 90% of babies suffer birth trauma, i.e. trauma caused at the time of coming into the world. This trauma can cause lifelong problems to the individual and to society. Research carried out by Michel Odent, the obstetrician who started water births, has identified what he calls the ‘primal period of life’ from conception to the end of the first year, as effecting the quality of the rest of our lives, particularly our capacity to love ourselves and others. (www.michelodent.com) Odent’s research shows that birth trauma is linked to

He points out that ideal birth conditions are low lights, little language, privacy and security – not bright lights, monitors, ultra sounds and questionnaires. From a chiropractic perspective we recommend natural birthing to parents. We can assist mother and child greatly by providing chiropractic care during pregnancy and after delivery. Mums treated while pregnant can have up to 30% shorter labours decreasing the likelihood of trauma to mother and child. Once born all babies should be examined by a chiropractor to include the cranium, checking for symmetry or alignment of the many bones which make up the cranium. At birth some of the cranial bones are naturally divided fusing over the first 4 years of life; establishing perfect symmetry as early as possible has major implications for the health of the child, let alone the shape of their head! The actual joints in the cranium never fuse but they do change such that much less movement is possible after 8 years of age. Imagine what society could be like if all children received chiropractic care. Cranial work and back pain Back pain is the most frequent reason people consult chiropractors.  Non-traumatic back pain, i.e. not due to a specific injury i.e. it just ‘came on’ or ‘stiffened up’ can involve areas of the body which are distant from the site of pain. This is illustrated well by looking at our work in co-operation with dentists and orthodontists: Work with dentists & orthodontists Case History: Mrs Brown came to the UK from Portugal to see me. For 13 years she had experienced incapacitating pain from her neck down her left arm, she had no history of trauma, it just ‘came on’ and she had tried every treatment imaginable. I explained to her that everything has a cause it was a question of finding out what had happened prior to the onset of the pain – anyway she had no idea, she was not mentally stressed and ate a good diet. On examination I noticed that this 65 year old lady had film star teeth. I asked her about these, when did she have the implants and bridges put in? ‘Fourteen years ago’ she said. ”Aha”! I thought, “and the arm pain began 13 years ago” – after a few seconds silence she asked, ‘they couldn’t be linked could they’?  On examination indeed they were linked, the extensive dentistry had completely locked up her cranium affecting cranial nerves to her neck muscles; in less than 30 minutes she was pain free and has remained so ever since. This lady’s story is not at all unique. A leading chiropractor (J. Meersman) has estimated 49% of his new patients have bite problems causing pain elsewhere in the body. He attributes much of this to inappropriate dental work. The problem may arise simply from having the mouth open for hours, or slight discrepancies in the occlusion created by poorly fitting crowns, extractions or large fillings . A check-up with a cranial specialist after major dental work should be ‘normal’. Why is the bite so important? Your teeth form a joint surface; each time you put them together – which is over a thousand times a day due to swallowing; you reinforce the shape or position of the joint so formed. Teeth coming together (occlusion) act as a locking nut to hold the cranial joints and indeed whole posture, in place. This was originally an important aspect of ‘survival in the jungle’ because in order to protect yourself when punched you have to bite your teeth hard together, not only to prevent tooth damage but also possible brain damage. Biting tenses the whole spine and thus the nervous system. The bite if correct will support healthy posture, and thus health. If poor it will become a stress factor contributing to poor health. 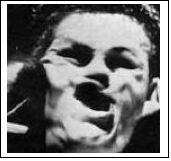 Same boxer before and at impact

Braces and orthodontics Today most children are checked for crooked teeth and many have braces. This is often done in the early teens and may involve, particularly in the UK, removing a number of teeth (4 usually) to ‘make room’. If you are a parent faced with the decision of what to do for your child’s teeth please read carefully. If you are in the UK there is a 60% chance of having extractions as part of the orthodontic process, in the USA it is less than 20 %. The British dental association, in a TV interview on Channel 4 had no explanation for this discrepancy. From an orthopaedic point of view  (i.e. the effect on the rest of the physical body) removing teeth and pulling the remainder inwards rarely makes sense. A better approach is to expand the mouth (i.e. the dental arches) and leave all, or most of the teeth, in place.  Even better is the practice by a few dentists who have made a study of the cranium with chiropractors and osteopaths and have developed devices, which both respect cranial movement and facilitate it. They can also help very severely cranially distorted children gain more symmetrical and better functioning heads. Adults considering orthodontics: Why? is the question.  If it is to relieve a symptom  – possibly head or neck pain, try a cranial specialist first, it is cheaper and less painful. Use one familiar with orthodontic problems so they can refer you to a knowledgeable dentist if your own is not an orthodontist. An intermediary step is a splint, these are used both to treat pain in the cranio-facial area and to diagnose the need to build up or otherwise correct existing teeth. If you are going ahead for aesthetic reasons have some cranial work done simultaneously to facilitate quicker less painful progress. Learning related problems – dyslexia, dyspraxia. There are many treatments available for children and adults with learning related problems. As with all problems dyslexia has more than one cause. Bearing that in mind there are countless cases where cranial treatment has vastly improved this problem. Research at Surrey university suggests certain forms of alternative treatments incorporating cranial work can accelerate progress so much so that after 6 weeks treatment the children have progressed as much as with 2 years of special needs teaching. Research published in the journals ‘Brain –and –language’ and ‘Neuropsychology review’ both have articles involving brain asymmetry associated with dyslexia. Such asymmetry may be amenable to our treatment. All persons with learning related problems should have their entire nervous system checked over, it can make a big difference. The inserted ‘perswaded and gato , changed to persuaded and gateux’ were written by a patient of mine before and after a single treatment; he was written off at his comprehensive school as unteachable, after treatment he passed his entrance exam into grammar school and has never looked back. 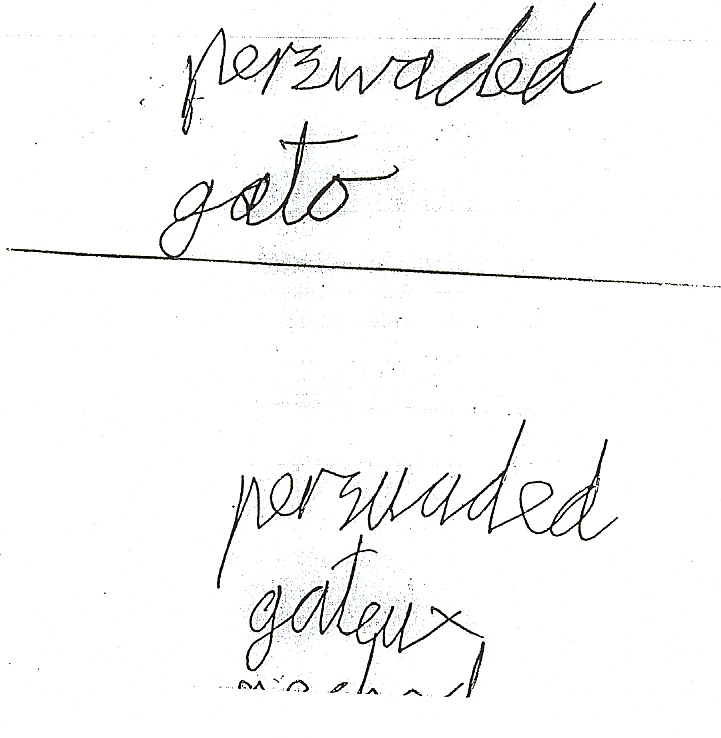 Why not do cranial work? There are osteopaths and chiropractors who do not provide any cranial treatment. Spinal manipulation is their preferred speciality and they find satisfactory results with this alone. Over 300 chiropractic treatment techniques have evolved from our basic principles (see above) in the last century, each beginning out of a need to meet a requirement of a patient  or practitioner. Special tables with drop away sections, now used for pregnant ladies, were invented by and for obese men! Some manipulative techniques evolved to suit older practitioners with arthritis, who could not use fast manipulative techniques; they all work! It is really up to you to choose which way you like to treat and be treated; cranial work is well researched and documented and so takes its place, gently, amongst many other great chiropractic and osteopathic techniques.